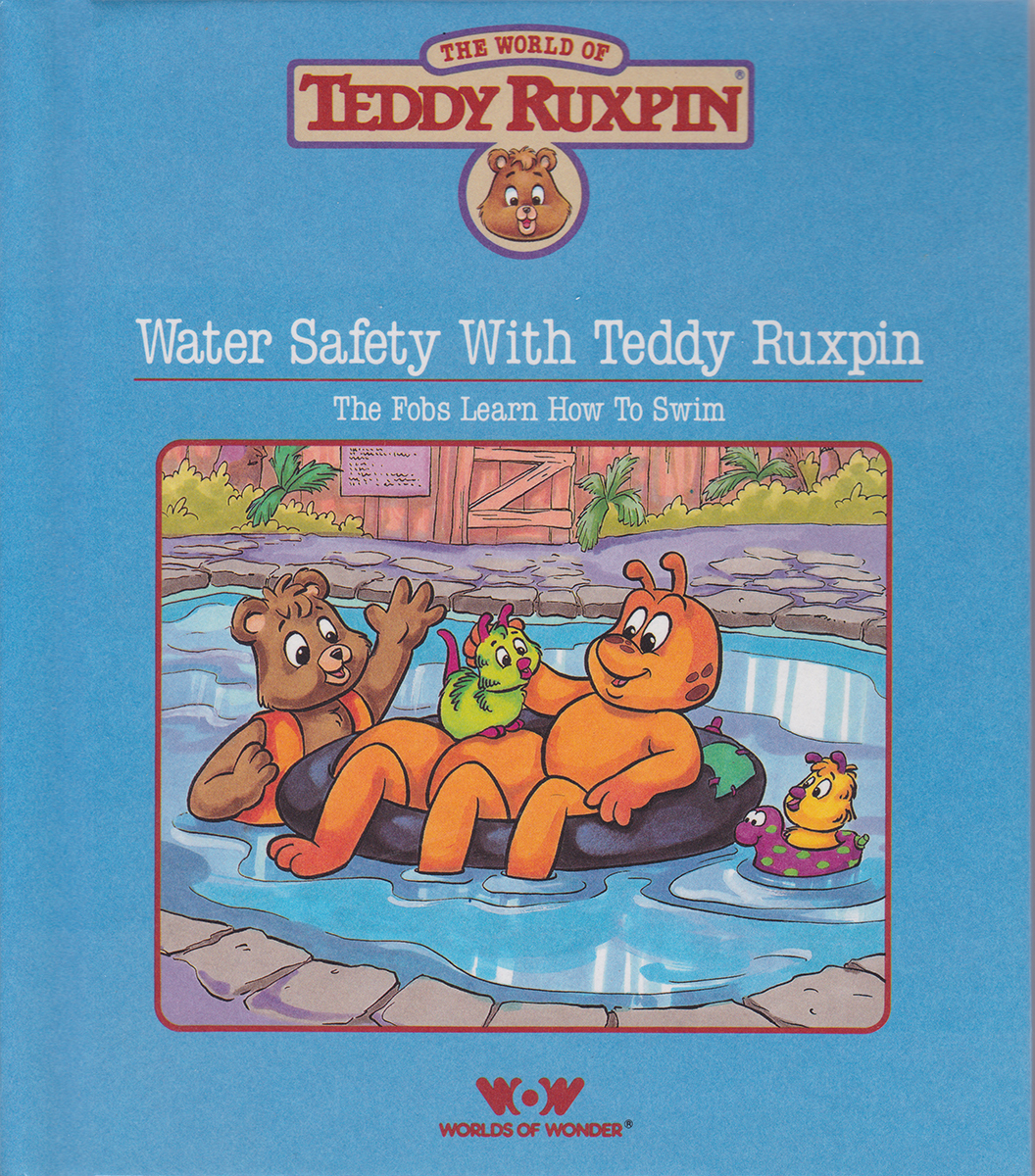 The Fobs Learn How To Swim

“This story shows the value of learning to swim and obeying safety rules around the water.”

When Teddy gets his Junior Lifeguard patch, he begins teaching a class of Fobs how to swim. Grubby is reluctant to attend the class, and Teddy realizes Grubby doesn’t want to get wet. Grubby eventually agrees to attend the class and impresses the Fobs to the point where they want him to get in the water. Grubby insists on wearing a swimsuit that’s too heavy and begins to sink. Teddy saves him and Grubby agrees to take the class with the Fobs so he can be safe around the water.

As Teddy greets the listener, we can hear Grubby shouting swimming instructions in the background. When Teddy asks who Grubby is talking to, Grubby insists he’s not to anyone, then continues calling instructions. Teddy remarks that it sounds like Grubby is teaching a swim class, and Grubby admits that he is Grundo’s newest Junior Lifeguard, and is practicing his teaching techniques so people can learn to swim safely.

Teddy assures Grubby that his class will be great, and Grubby recalls that he never used to like even getting in the water. Teddy remembers and begins to tell the story.

Grubby is eating breakfast one day when he notices a patch on Teddy’s jacket: a Junior Lifeguard patch. Teddy’s first class is today, and he invites Grubby to come along so he can watch Teddy teach the Fobs how to swim. But Grubby insists he doesn’t need instructions as Octopedes are already natural swimmers. Teddy mentions that everyone should review water safety now and then, but Grubby becomes evasive and again declines the invitation.

Reluctantly, Teddy heads to class without him.

Teddy arrives at the pool where he asks several of the students not to run around the pool in case the water has made it slippery and they fall. He instructs them all to walk slowly toward him. He also reminds them not to play around the pool without someone there to supervise in case someone gets hurt or falls into the water.

The Fobs are anxious to jump into the water, but Teddy insists they take their time and practice to be safe. He mentions that most pools and bodies of water where people are permitted to swim often have a signboard with the rules posted on them for that area. He begins to review the rules with Fobs (“Learn To Swim”).

Teddy returns home and tells Grubby about his first class, but Grubby is unimpressed. When Teddy mentions that they learned about the lifeguard, Grubby looks confused and Teddy explains to him the lifeguard’s role in helping people be safe while swimming. Grubby struggles to pronounce the word “lifeguard”, and Teddy becomes suspicious that Grubby may not know everything he claims to know about swimming. Grubby insists he has things to do and leaves.

The next day, Teddy invites Grubby once more to attend his class, but Grubby continues to make excuses and declines. Teddy quickly realizes that Grubby probably doesn’t want to get wet, and assures him that he can simply come to the class and watch. Grubby perks up at this and agrees to come.

Grubby arrives just as the Fobs practice their kicks. He’s carrying a ton of knick knacks to keep himself busy by the pool while he watches the class, but Teddy warns him that much of it is not safe to have near the water, such as electrical gadgets or anything made of glass. He keeps his paper and crayons and insists he doesn’t need to pay attention to the class, but just look up now and then to make sure everyone is practicing correctly.

The next day, Grubby arrives at class wearing a special “stay dry suit”! Before Teddy can stop him, Grubby dives into the water. The Fobs cheer him, but being weighed down by his elaborate swimsuit causes Grubby to start sinking. He begins to flounder in the water and calls Teddy for help. Teddy grabs a long pole off the wall and extends it to Grubby to grab onto. Teddy pulls Grubby to safety. Teddy explains that poles like these are used to help people who are struggling in the water because it’s not safe to dive in if there’s no one else around.

Grubby adds his own rule: always where the proper clothing for swimming, like something like that lets you move easily.

The Fobs want Grubby to show them how to dive like he can, but Grubby admits that even he has a lot more to learn before they can do that. He takes off his heavy swimsuit and begins to lead the Fobs toward the shallow end before one of them reminds him it’s not safe to run near the pool. Grubby spots the lifeguard, and the Fobs remind him how to pronounce it properly (“Learn to Swim”).

Teddy and Grubby talk about how Grubby eventually overcame his fear of getting wet as he learned to swim and be safe around the water before Grubby asks, “Water we having for lunch?”

Finally, Teddy and Grubby review the safety rules for being safe around the water and say goodbye.