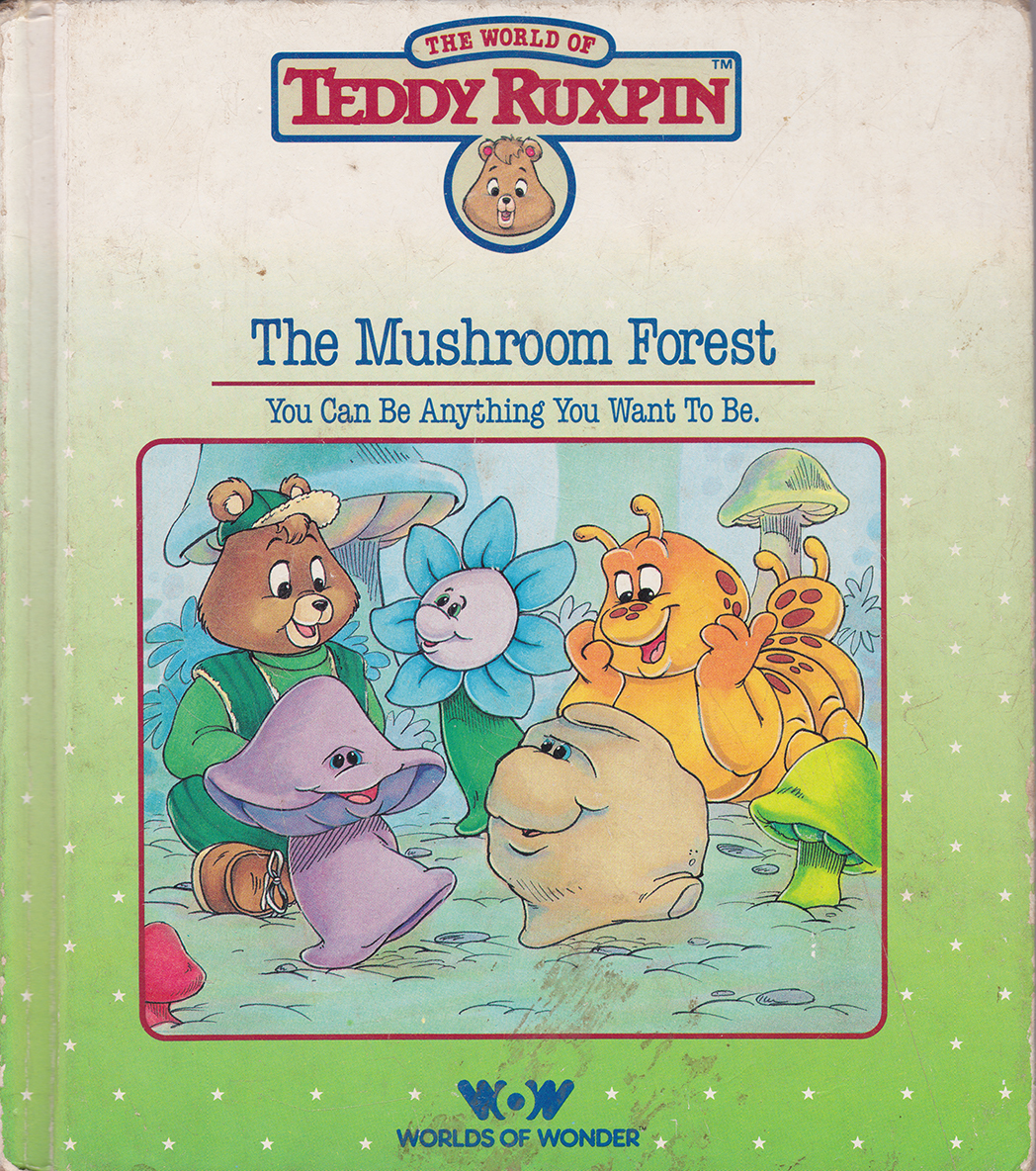 You Can Be Anything You Want To Be.

“This story shows the value of self-esteem and how friends can help you to see yourself in a positive way.”

When Teddy and Grubby agree to help Gimmick conduct research in the Great Desert, they quickly become exhausted from the heat. Teddy suggests they take a visit to the nearby Mushroom Forest, where they meet the mysterious Nothings: creatures with no shape of their own. Teddy and his friends convince the Nothings that they should be called Anythings, because they can be anything they want!

Teddy is almost too hot to tell a story. He and Grubby are helping Gimmick study rock formations in the middle of the Great Desert in the middle of summer! Teddy tricks Grubby into singing with him to help forget about the heat (“It’s So Hot”). When that doesn’t seem to help, Teddy convinces Gimmick that they should visit the Mushroom Forest: a nearby forest that is cool all year round. Gimmick agrees, and they set off.

As they disembark the Airship, Gimmick trips over a rock...or rather, a bush. He’s certain it was a rock a moment ago, but Teddy and Grubby clearly see a small bush. Grubby decides to recline on a giant mushroom, which suddenly moves aside!

Teddy tries to communicate with the mushroom, which begins to stammer sheepishly. Gimmick and Grubby try to reassure the mushroom, but when Teddy asks who the mushroom is, it stutters nervously that it is “Nothing at all,” and asks to please be left alone. Grubby asks what the “Nothing”’s name is, to which the mushroom replies, “This”.

“This” explains that he is a member of a group of creatures who have dubbed themselves “Nothings” because they have no permanent shape to call their own: a trait that comes in handy when they want to hide. And they usually do, because they are extremely shy creatures. The other Nothings are camouflaged into their surroundings, hiding. “This” is apparently the first Nothing to talk to anyone outside the Mushroom Forest since his great-grandfather, Timid the Brave, spoke to a Fob nearly a century before!

“This” invites Teddy, Grubby, and Gimmick to play a game of Hide and Seek, which the three eagerly agree to (“Hide and Seek”). It falls to Grubby to count and try and find the others, but everyone gets away and he is unable to identify the Nothings because they are so well concealed into their surroundings. He eventually gives up and the Nothings pop out of hiding.

The Nothings decide to put on a show for their new friends, transforming into many different shapes and objects. The Nothings explain that they didn’t always live in the Mushroom Forest, but it’s an easier place to hide amid all the flora and fauna.

Empowered by the support of their new friends, the Anythings gleefully accept their new name and even make Teddy, Grubby, and Gimmick honorary Anythings, since they can be anything they want! Having learned bravery and friendship, the Anythings bid farewell to the Trio, who set sail for home (“You Are An Anything (Reprise)”).