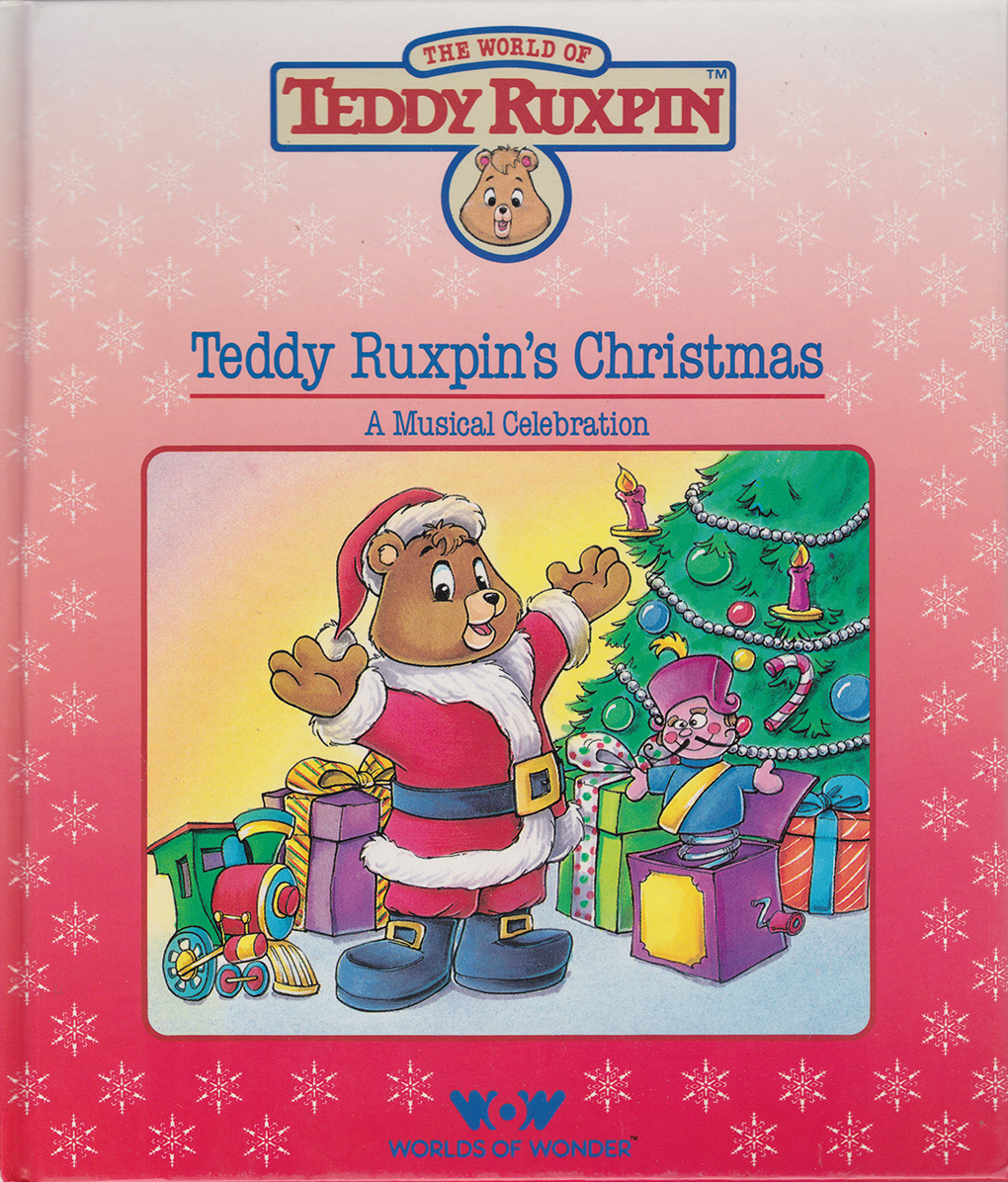 ...Christmas is just about the best holiday of the year!

“Teddy Ruxpin’s Christmas” is a special edition musical story celebrating the Christmas season. It was originally released for the 1st and 2nd generation Worlds of Wonder Teddy Ruxpin talking toy with subsequent releases for the Yes! Entertainment, BackPack Toys, and Wicked Cool Toys Teddy Ruxpin talking toys. The story is notable as being the only story released for a specific holiday, though it follows in the footsteps of other similar seasonal stories such as “Grundo Springtime Singtime” and “Teddy’s Winter Adventure”.

The story would later be abbreviated to “Teddy’s Christmas” for the Yes! Entertainment release.

Upon its release, the story was originally packaged with a special Teddy Ruxpin Santa Claus outfit consisting of a red coat lined in white fur, red trousers, a pair of black boots, belt, and traditional Santa Claus nightcap.

“This story shows the value of gathering together with friends at Christmastime.”

“Teddy Ruxpin’s Christmas” features Teddy and his friends carolling throughout Grundo as they celebrate the coming Christmas season.

Teddy and Grubby greet the listener, and explain that they’re ready to share the joy of Christmas with them. They immediately launch into a medley of songs (“Christmas Medley”).

At the end of their first set of songs, Teddy and Grubby are joined by Newton Gimmick and many of their other friends. After another chorus of “A Wassaling”, Teddy suggest that while they’re all together they perform their special Grundo version of “The Twelve Days of Christmas”, which everyone eagerly joins in on.

Grubby mentions running out legs as he tried to keep track of all twelve days in the song, and Gimmick suggests a second medley of songs centered around bells (“Bell Medley”).

With the story complete, the carollers sing “We Wish You A Merry Christmas” as a holiday farwell.