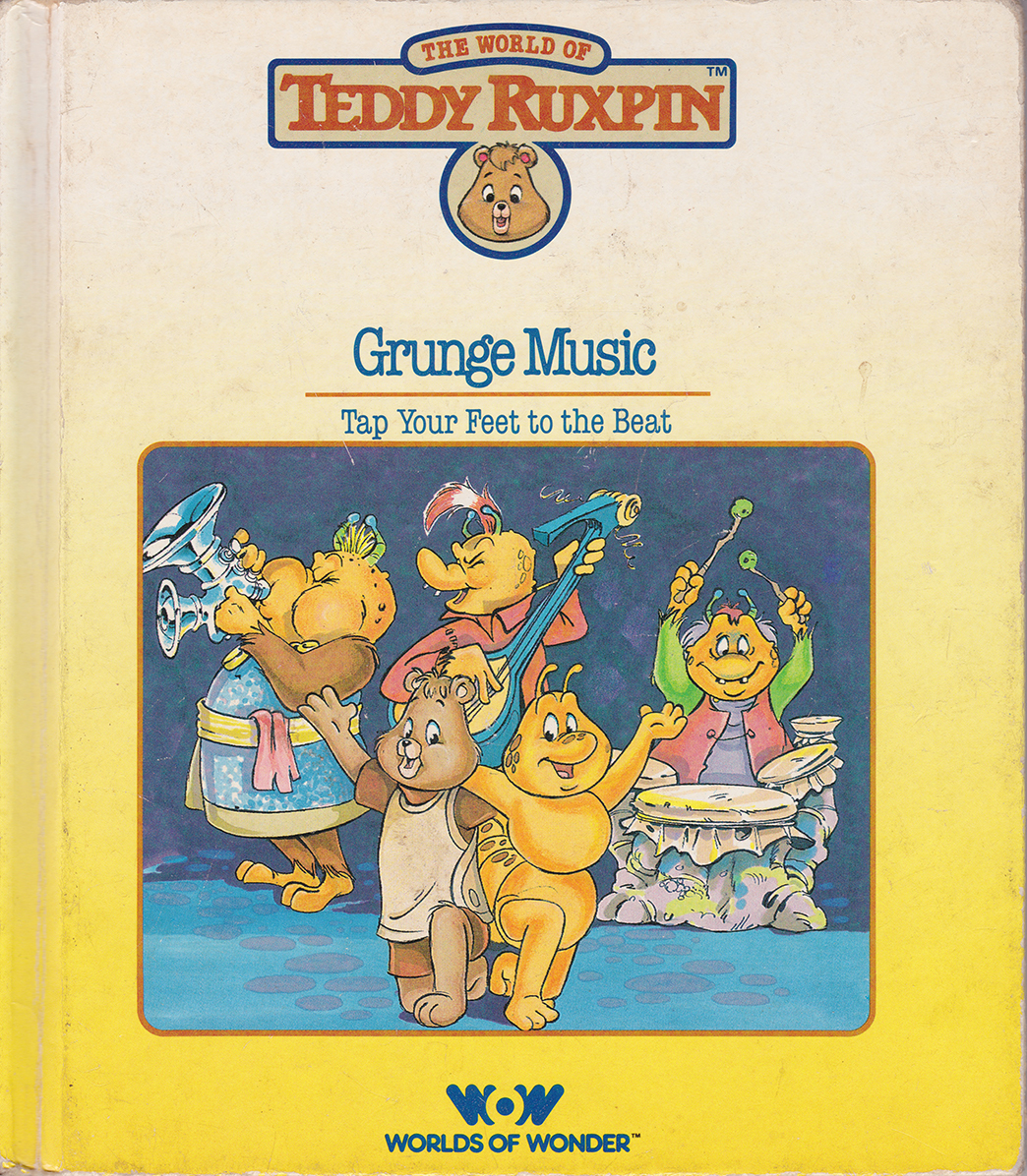 Tap Your Feet to the Beat

Put your body and soul on remote control,
and join us in the Grungiest rock n' roll!

“Grunge Music” is a compilation of songs centered around the musically-inclined Grunges. Teddy and Grubby become immersed in Grunge culture and enjoy exploring different kinds of music and learning about rhythm.

“There's music everywehre in this celebration of songs.”

When Teddy and Grubby begin talking about music, it’s hard to deny that few enjoy their musical pastime more than Grunges. Reminiscing about their last visit to a Grunge Village, the two friends recall their apprehension about dancing, but the music eventually washes those fears away.

As Teddy asks the listener if they like music, he admits that nobody enjoys music more than the Grunges. They begin to remember a recent trip into a Grunge Village, convinced that neither of them could dance. But something about the music urged them on (“Do the Grunge”).

Grubby starts to wonder how Grunges can dance the way they do, and Teddy suggests it’s thanks to their sense of rhythm. When Grubby asks what rhythm is, Teddy does his best to explain (“There’s Rhythm Everywhere”).

Assured that he has an understanding of rhythm, Grubby presents to Teddy his own dance, seeing as he has more feet than most (“The Octopede Shuffle”).

Approving of Grubby’s dance, the Grunges demonstrate their own musical prowess (“Syncopation Celebration”).